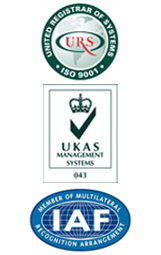 A strong revival in investment growth supported by the Atma Nirbhar Bharat Mission and a massive boost to infrastructure and capital expenditure has been provided for in the Union Budget 2021-22.

The government launched the National Infrastructure Pipeline (NIP) for sectors like energy, roads, urban infrastructure, railways with the projected infrastructure investment of Rs. 111 lakh crore ($1.5 trillion) for the FY 2020-2025 to facilitated world class infrastructure projects to be implemented.

Few of the on-going major Initiatives taken by the government in Road Sector are: (i) Bharatmala Pariyojana, an umbrella scheme of Ministry of Road Transport and Highways envisages to expand the highway network of the country by 200,000 kms with economic, border and coastal roads accounting to 60,000 kms of the overall target. (ii) Development of dedicated National Highway Connectivity for Ports. (iii) The government is building a pentagon of industrial corridors across the country to provide developed land and quality infrastructure for industrial townships. (iv) Government has taken up separate programme for connectivity improvement for Char-Dham. (v) The development in roadways is being planned as Public Private Partnership. (vi) Multimodal Logistics Parks (MMLPs) under Bharatmala Pariyojana.